I’ve had an adventurous spirit for as long as I can remember.

My first solo trip was at 19 years old, when I boarded a plane for Honolulu, Hawaii, to celebrate the end of high school. I booked a stay at the YWCA and spent my days exploring the beaches and haunts of spring breaks past: International Village, Duke’s Lane, the Waikiki strip.

It was a memorable adventure because I was free. Free to wander, lie on the beach, check out the shops at the Ala Moana Center and watch Dallas with the ladies back at the Y. That trip was the beginning of many incredible solo adventures to come. Adventure means different things to different people. Adventure can be jumping out of an airplane and sky-diving, but it can also be camping in the backcountry or taking that first solo trip to Honolulu.

Though you may not be ready for hard adventure yet (or ever—I’m not planning on jumping out of a plane anytime soon), adventure is in the eye of the beholder. It’s about going beyond your comfort zone and embracing the spirit of adventure, as much as the actual adventure itself. And you’re in good company. The rise in female solo and adventure trips is a major travel trend that has taken off recently. The Conference Board of Canada and Allianz Global Assistance Canada published statistics showing that in the winter season 2018/2019, just over eight per cent of respondents intending to travel were women travelling on their own. That’s nearly double the number from eight years ago.

It’s not just the new crop of Generation Z travellers. It’s moms, wives and women over the age of 50.  Women are embracing adventurous solo travel as never before as an extension of freedom, and in the spirit of internal and external exploration.

Anything that takes you out of your comfort zone can be an adventure, and that’s where the fun lies. But preparation is key to ensuring a safe and memorable adventure. This applies to all solo travellers, but travelling while female comes with its own set of challenges. Proper planning has ensured that my solo adventures have remained free of major pitfalls and disasters. These practical tips may help you do the same. Being familiar with the risks of an adventure activity or destination is important. Activities like skiing and zip lining have inherent risks, but we sign waivers declaring that we’re going to do them anyway.

There’s a thrill in trying an activity for the first time or overcoming a fear of heights, tight spaces or other phobias. Once you’ve conquered one fear, you may be emboldened by a new confidence to continue on that path.

As far as destinations go, be informed. Certain countries and cities may contain more risks than others, and that risk can change over time. Check the Government of Canada’s websites for up-to-date health information and travel advisories when assessing your destination choices. I’m a big fan of travelling light and only use carry-on luggage. Backpacks are great depending on trip style and duration.  The less you carry, the more you can manage on your own and keep a free hand. Wear clothing with concealed pockets and consider using a money belt or neck pouch. Stash copies of passports in your suitcase and keep your luggage locked.

I’m positive that my spidey senses increased when I became a mother, and I use that vigilance when travelling to ensure my own well-being. Stay on higher floors in hotels, wear minimal jewelry and take extra precautions at night. Being aware of your surroundings is important. Listen to your gut.

It’s easier than ever to keep in contact with loved ones and friends. Even if you want to stay off-grid, check in every once in a while. Register with the Canadian consulate so they can reach you in case of emergency. Connect with other women travellers and the local women’s community to share travel advice, or cabs, meals and even hotel rooms. Ride a camel in the desert? Check. Climb a 60-metre ice tower? Check. Kayak through a mangrove forest? Check. My taste for adventure has only increased as I’ve gotten older. I want to try new things, and I don’t care what people think anymore (a happy side benefit of aging?).

I hope you’ll embrace your own spirit of adventure and plan a solo adventure soon.

PS. Do you want to live a more adventurous life?

Claudia is an Ambassador of the ‘Live the Adventure’ Club Gear Box.

Every four months, we send over 4,000 explorers across North America a subscription box filled with exciting, new and seasonal gear. For years, decades in fact, I’ve puzzled over the knee-jerk response most people have when I tell them I (mostly) travel alone.

Why is it that a woman travelling alone, as I have often done for months at a time, is perceived to be “brave”, whereas men who travel alone are entirely unremarkable? Besides, in my case at least, it’s not true. You are only brave or courageous when you are afraid of something but still do it anyway. I have never been afraid of travelling alone. It doesn’t mean that there aren’t things along the way that cause me deep fear, such as overloaded buses with bald tyres on mountain roads with sheer drops, but being by myself out in the world has never scared me.

The chief joy of travelling alone is the simple act of just doing it: crossing that invisible border in your head before you ever leave home, by deciding you want to see the world anyway, even if it means doing it by yourself. What’s the alternative if you don’t happen to have a partner at certain times in your life but still long to travel, as I do? Stay at home and never go anywhere? Deny yourself all those incredible experiences you will definitely have, in addition to the more difficult ones, which you will also definitely have? It’s that prospect, the one of self-imposed stasis, that has always incited true fear. Travel has always been far too important to me to sit around waiting for a partner in crime to come along and join me.

The first time I travelled alone was by default, when I was 19. I was due to go Interrailing with a friend at the end of the summer. She was an au pair in Germany at the time, and announced by letter two days before my departure that she would be ditching me halfway through the month, at Vienna. She had made a more-exotic new friend, Freya, a fellow au pair, who had invited her to Finland. It was too late by then to rope in another friend, so it was either go home after Vienna, or keep going by myself. I kept going. I got on trains by myself, checked into hostels by myself, found my way around by myself. It was weird, initially, and then I got so subsumed by the atmospheric glory of Venice and the exhilaration of the overnight trains that I stopped fretting about travelling alone without even noticing.

When I got back to Ireland after that trip, I felt proud of myself. I had done something I had assumed would be hard and not much fun, and it had turned out to be not hard at all and mostly astounding. My one souvenir was a necklace of colourful gold-infused glass beads I bought at a tiny shop in Murano, from an Italian woman I somehow communicated with in my dire French. She explained her son sourced the beads, and she strung them. I survived on bread and bananas for two days after buying them, so tight was my budget.

Years later, while browsing at a London market, I came upon a stall run by an Italian couple selling Venetian-sourced items. The man spotted the beads, which I wore coiled around my wrist as a bracelet. He asked to examine them and, thrillingly, pointed out six beads that were more than 100 years old. I still have those precious, storied beads; evidence of my first solo adventures. 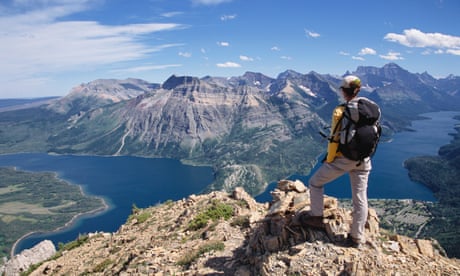 Go it alone: solo trips on the rise as travellers opt for ‘me time’

That was three decades ago, and since then I have travelled all over the world, usually alone. I’ve carried the same rucksack I have had since the age of 25: a modest 45-litre-capacity one, that is now more or less knackered, but I cannot bear to replace it. It has become as familiar to me as a carapace. It’s small and light enough, even when full, to walk for miles with but large enough for all the essentials.

Travel to me is about freedom, in every sense that the horizons of that immense and beautiful word suggests. Hence the small rucksack that I don’t have to depend on anyone else to carry. I don’t like carrying anything valuable and until I had an iPad, never did.

I got an iPad in 2015 and so now I also have a camera by default, though I still don’t take many pictures. In 2007, I went travelling overland through Argentina to Ushuaia, at the tip of South America, so that I could buy a (relatively) cheap last-minute ticket to Antarctica. Although Antarctica was in fact the seventh continent I would visit, I did not have a single photograph of anywhere I had been before that.

On that journey out to the fantastical ice I was the only tourist on our ship not to have a camera and, 12 years on, I still don’t regret my lack of pictures from the White Continent. Everyone wants different things from their travels; I have never wanted to be distracted from living in the moment. Not taking photographs didn’t begin as a conscious decision when I went away for the first time on an extended trip – a year in Australia, in 1987 – but it has become one over the ensuing decades. 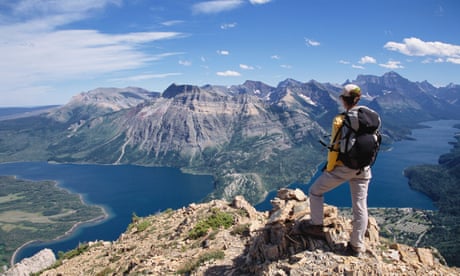 The highs (and lows) of travelling solo

Mobile phones, the internet and social media did not exist when I first went travelling. I still do what I did then, which is to keep a diary. I never post anything on social media when I’m travelling; I want to feel far away, not to know my thoughts are popping up in real time on screens at the other side of the world.

The greatest gift of solo travel has been those I’ve met along the way. I may have set off alone each time but I’ve encountered many people who became important to me: other travellers, whom I would never have met had I stayed at home; people who changed the course of my life. I met my ex-fiance in Kathmandu and a long-term partner in Palenque, Mexico. I met lifelong friends in Australia, Poland, Hungary, Turkey, India, Indonesia and many other places.

When you’re travelling alone, you have to make an effort to talk to other people. I have always loved this part of travel. (Or rather, loved it until everyone started looking at their screens instead.) You might know from guidebooks what you can expect to see but you can never know who you will meet. In Bali, halfway through my last extended period of travel (six months), I saw a sign outside a cafe that read, “We have wifi so you don’t have to talk to each other”. It was one of the most depressing things I’d ever seen. But I kept on talking to people anyway.