When my wife and I promised the rest of our lives to each other, I doubt either of us suspected that life would involve quite so much TV. I am working long hours at the moment, and every day I call my wife and say something along the lines of: “When I get home, shall we just snuggle up and watch something?” She agrees, then when I get in we spend some time saying things like: “It’s just nice to spend some quality time together, isn’t it?”, ignoring the fact that we have just decided to stare in the same direction for a few hours before going to sleep. That sleep will involve two minutes of us pretending to want to cuddle before one of us executes a subtle reshuffle that frees us from each other. And so it will continue till one of us dies. I say “one of us”, but I have Sri Lankan heart manufacturing, so it will almost certainly be me. 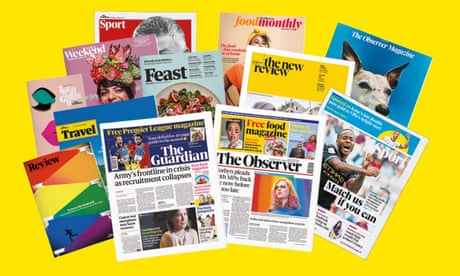 We have this conversation every day as if we are coming to the decision afresh, pretending for nobody’s benefit that it hasn’t actually become our routine. I don’t mind it at all. I’m very happy and I think she is. Having said that, I haven’t asked her and I’m not good at reading signals, so it’s as likely she’s in the latter stages of preparing to leave me.

In fact, I would say it’s more than likely. I was playing “battles” with our youngest son recently – a game that involves us fighting each other while he repeatedly changes the rules until it’s impossible for him to lose – when he told me he had a secret daddy. I asked him who the secret daddy was and he said he couldn’t tell me because it was a secret, which made me feel very foolish for asking. I asked him again at bedtime last night and he told me he was joking and it’s me, which sounds exactly like the sort of thing a cheating wife would tell her son to say.

Routine is the supposed enemy of passion, and I am constantly paranoid that we are on the slide and haven’t noticed. We were at a restaurant a while ago and there was a couple next to us who ate their meal pretty much in total silence. I was so smug. “I hope we never get like that,” I said, like the judgmental little shit I am.

Bad move. The next time we went out for dinner, I felt self-imposed pressure to keep the conversation moving the whole time, trying to start chats with comedy “bits” such as: “What’s the deal with spaghetti? Eating it is like a Crystal Maze challenge, am I right?” Then my wife, also remembering that we thought we were better than that silent couple, would answer me as if what I had said was interesting, rather than saying what she actually felt, which was: “I would rather we were silent for ever than continue this conversation.” 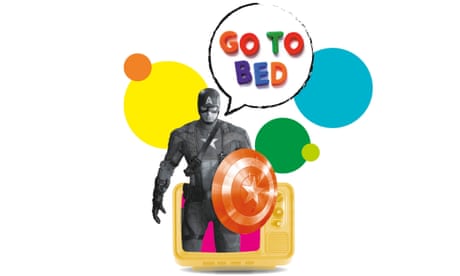 My wife’s out, and I’m failing to get our boys to bed. Time to call in the superheroes…

It would be great if we were the sort of couple who did spontaneous things – the types who pop off somewhere for a weekend. But, actually, I prefer the type of people who accept how it really goes: passion, friendship, acceptance, tolerance and a hope that somebody dies before it gets to resentment. That’s love.