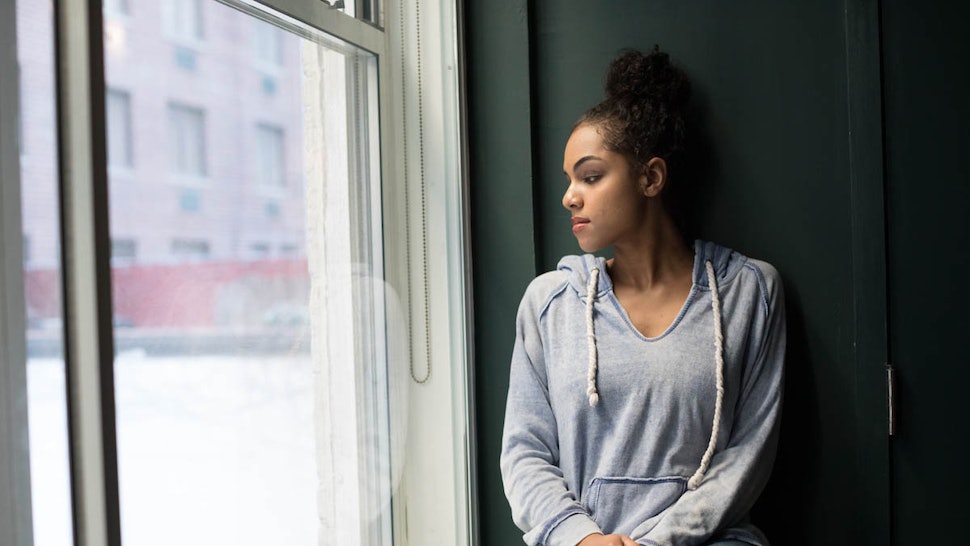 While the signs and symptoms of different mental illnesses can be tricky to spot, it helps to consider how they might show up in the form of certain daily habits. By knowing what to look for, it can be easier to see these habits for what they really are, and even get some help. Because if they’re holding you back, or negatively impacting your life, then they very well may be something worth treating.

“A habit becomes a sign of mental illness once it hijacks your physical and/or mental well-being and interferes with your [life],” Dr. Georgia Witkin, Progyny’s head of patient services development, tells Bustle. “For instance, constant worry [can lead you] to make life-altering changes, such as not leaving the house,” which can impact your career, relationships, and hobbies.

These habits can take many forms, and will be different for everyone. But what you’ll want to keep an eye out for are habits that seem out of character, or ones that are making life more difficult. When that’s the case, “it’s worth a visit to a healthcare provider who can help to identify and address the underlying issue(s),” Susan Weinstein, co-executive director of Families for Depression Awareness, tells Bustle.

With that in mind, read on below for some habits that can be a sign of a mental health concern, according to experts.

“No longer wanting to see loved ones or participating in hobbies is indicative of mental illness,” Dr. Witkin says, with depression being one of the most likely culprits, since it can make it difficult to go about your usual routine.

That said, it’s always OK to take time for yourself, and hang out alone. But if you used to go out, see friends, or enjoy certain hobbies, it may be a good idea to reach out to a therapist, if you can no longer find the energy to do so.

If you’re generally on top of your schedule, but have developed the habit of showing up late to work, calling out, or blowing off appointments, take note.

“Individuals [that] frequently disengage could be dealing with high anxiety, which often leads to avoidance, or possibly depression, which can lead to an inability to reach out,” Reynelda Jones, LMSW, CAADC, ADS, tells Bustle.

Even things like bipolar disorder, and other mental health issues, can make it difficult to get to work on time — or even get there at all.

3. Spending A Lot Of Money

There’s nothing wrong with going shopping, or treating yourself to something nice. But for many people, excessive spending can be a sign of a health concern.

For example, “spending large amounts of money often manifests in an individual whose experiencing a manic episode,” Jones says, which is an aspect of bipolar disorder.

“Often the individual spends money beyond [their] financial means,” she says, only to feel really guilty or hopeless about how much they spent, once they come down from this phase. If this has become an issue for you, it may be time to ask for help.

While it’s fine to have the occasional disagreement, acting in an excessively angry or cranky way, or picking little fights with others, isn’t a habit that should be overlooked.

“Anger and irritability, such as flying off the handle or constant grousing, can be signs of depression or bipolar disorder, particularly when they seem unprovoked and unusual for that person,” Weinstein says.

If these habits sound familiar, reaching out to a therapist may be a good next step, so you can figure out what’s going on.

This is another habit that’s common among people who have bipolar disorder. But unlike folks who are starting businesses because they’ve thought it through and are thinking clearly, someone with this disorder might go forth with no concern to the risks they’re taking on, Jones says.

When someone is manic, they might also talk rapidly or jump from topic to topic, Dr. Indra Cidambi, psychiatrist and addiction expert, tells Bustle. Or they’ll take on too many things at once. Oftentimes, manic episodes are followed by periods of depression, which is when these grandiose plans can fall apart.

While it’s always great to learn new things, start new projects, and get excited about business ideas, this habit could mean something isn’t quite right.

“A shifting posture or gesture or even how we walk throughout our day can signal shifts in mood, which can often be a sign of mental health concerns or maybe even mental illness,” therapist Erica Hornthal, LCPC, BC-DMT, tells Bustle.

It could, for example, point to a mood disorder, since movement can be a “reflection of our emotional state and mental health,” she says. Think along the lines of new mannerisms, and other habits that seem out of character.

Not being able to find belongings in a messy room, along with an inability to make decisions and forgetting things, can be a sign of depression, Weinstein says.

If this is a problem you’re struggling with, let a doctor know. They can help you figure out if it is, in fact, stemming from depression, and set you on the right course of treatment.

8. Staying Up All Night

“Sleeping either too little or too much can be a symptom of a mental disorder,” Dr. Witkin says. “Often times, anxiety disorders cause insomnia or restless sleep, while depression causes oversleeping and eventual fatigue.”

In general, it’s healthy to sleep about seven to nine hours a night. If this is something you struggle to do, you may want to look into reasons why, including possible mental health issues.

9. Worrying About The Day Ahead

While it’s common to feel a bit stressed or worried as you think about the day ahead, it might be a sign of anxiety if you worry to the point of distraction, avoid certain situations, or play out worst-case scenarios.

As Dr. Cidambi says, “Excessive worrying that is disproportionate to normal, everyday events is one important sign that one may be suffering from an anxiety disorder.”

“Normal rituals we might all partake in that are a way to mark a change of pace for the day — such as kissing a [partner] goodbye, or checking to make sure that we have our keys or phone — are normal, and can be helpful rituals,” licensed clinical psychologist Dr. Scott Hoye, PsyD, tells Bustle.

But for folks with obsessive compulsive disorder (OCD), these habits can take over. Instead of locking your front door once, for example, you might lock it ten times, or even drive back home to lock it again.

That’s because this disorder can cause you to doubt yourself, perform rituals over and over again, or experience magical thinking. So when a habit has turned into an obsession, Dr. Hoye says it may be a sign of a mental health concern.

11. Needing A Drink After Work

There’s nothing wrong with getting a drink after work, having wine with dinner, or hanging out at the bar. But if this habit has turned into something you need to do in order to relax, consider how it might be a way to mask symptoms of anxiety or depression, Dr. Hoye says.

It’s not uncommon for folks experiencing excessive worry, for example, to develop ways to relax, such as reaching for a drink. So if you’re concerned, don’t hesitate to let a doctor know.

It can be tough to spot these habits, and see them for what they are. But if you or someone else notices them, it doesn’t hurt to seek out the help.

By speaking with a therapist, you may realize that one of your habits was, in fact, a sign of a mental health concern. And in doing so, you’ll be starting the process of getting help and support, so you can get back to feeling better.

Editor’s Note: If you or someone you know is seeking help for mental health concerns, visit the National Alliance on Mental Health (NAMI) website, or call 1-800-950-NAMI(6264). For confidential treatment referrals, visit the Substance Abuse and Mental Health Services Administration (SAMHSA) website, or call the National Helpline at 1-800-662-HELP(4357). In an emergency, contact the National Suicide Prevention Lifeline at 1-800-273-TALK(8255) or call 911.`