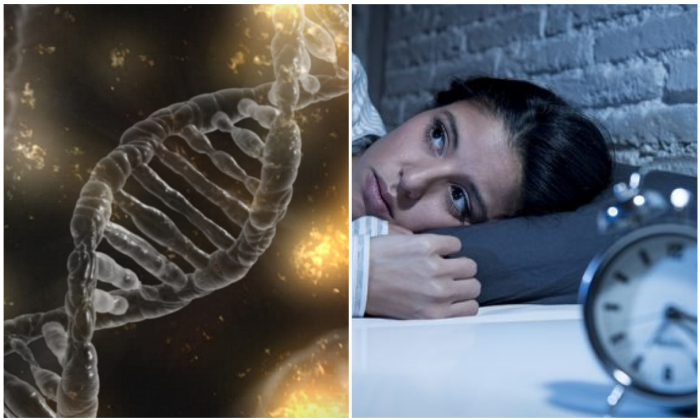 Share
Getting too little sleep can sometimes feel like torture. It can also lead to more serious health consequences than one can imagine. According to a recent study published in the journal Anaesthesia, sleep deprivation can affect our genes and even damage our DNA, something that can lead to cancer.

The Case of Night Shift Doctors

In the study, a team of researchers from University of Hong Kong looked at 49 healthy full-time doctors, 24 of whom had to work overnight onsite shifts, which meant they were required to work from late afternoon until the next morning.

The study set out to examine the effects of acute sleep deprivation on DNA damage.

After three night shifts for the on-call group and three days of adequate sleep for the control group, blood samples were taken from all participants. Upon analyzing the blood samples of the participants, the researchers found that the on-call doctors had lower DNA repair gene expression and more DNA breaks than those who didn’t take night shifts. To put it simply, their DNA was more damaged.

However, more research is needed to determine the significance of DNA damage in the relationship between sleep deprivation and disease, as the study’s sample size was small.

The team also noted that many other factors could explain why shift workers seem to have a greater predisposition to suffering from chronic illnesses. These range from changes to activity and eating patterns to disruption to the body’s circadian rhythms and sex hormone balances.

The researchers pointed out that a discrepancy that may have affected the study’s results, since their night shift participants were younger than their control group, as junior doctors are more likely to work the night shift than their senior counterparts. In addition, all of the participants were Chinese, so the findings might not apply to a wider population.

DNA Damage: How Bad Can it Be?

DNA damage has been associated with numerous serious health issues, ranging from heart attacks and diabetes to certain types of cancer. In their paper, researchers stated that a meta-analysis of 2 million participants confirmed a link between working night shifts and incidence of breast tumors, although studies on other kinds of cancers have given mixed results.

Just as our body shows signs of aging, such as grey hair and wrinkles, so does our genome. Damage comes from chemical reactions that alter the structure of our DNA, and from errors introduced when it is copied. Our cells protect against these ravages, but these mechanisms usually don’t have everything fixed perfectly.

As a result, cells gradually accumulate DNA damage over a lifetime. This means as you age, your genome is no longer the same in every cell. When a cell divides it will pass on these changes, and as these mutations accumulate, there is more and more likelihood that cancer will emerge.

Lack of sleep doesn’t just make you tired; it can have dangerous unseen effects. Our brains simply stop functioning properly without getting enough sleep. This means we have to struggle with memory, learning, planning and reasoning.

A lack of sleep can have severe effects on our performance, ranging from irritability and low mood, to an increased risk of heart disease. Here are some common dangers of sleep deprivation:

Sleep deprivation has a negative impact on your visual working memory, making it difficult to tell the difference between relevant and irrelevant stimuli in your environment. It also affects your emotional intelligence, behavior, and ability to manage stress.

Mental health problems are linked to sleep disorders, and sleep deprivation can play havoc with neurotransmitters in the brain, mimicking the symptoms of depression, anxiety and mania.

Poor sleep can raise blood pressure and in the long term is associated with an increased risk of diseases such as coronary heart disease and stroke. This danger is increased in people with sleep apnea.

It doesn’t really take a long time, or a lot of sleep deprivation, to bring the weight on. A study from researchers of University of Colorado reported that one week of sleeping about five hours a night led participants to gain an average of two pounds.

Severe sleep deprivation can lead to delusions and hallucinations, seeing or sensing things that aren’t really there. In extreme cases, it can lead to temporary psychosis or symptoms that resemble paranoid schizophrenia.