7 Signs You’re Too Hard on Yourself 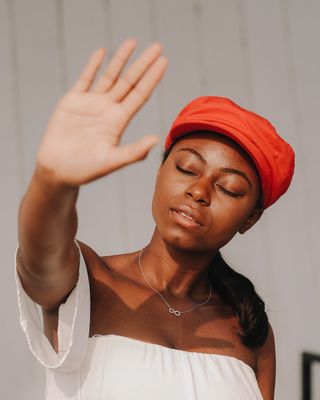 People who are too hard on themselves typically see their self-criticism as justified. Perfectionists are especially vulnerable to this. To give yourself a reality check, read through these seven types of excessively negative self-judgment, and note which you can relate to.

1. You psychologically beat yourself up over mistakes that have minimal consequences.

The vast majority of the time, when we make mistakes, they’re small ones that have no or minimal consequences. For example, you’re usually vigilant about checking sell-by dates, but one time you don’t, and you end up buying a huge tub of yogurt that’s expiring the day you buy it. Or you usually choose fruit carefully, but you manage to pick three rotten avocados in a row.

Tip: Try giving yourself a threshold for mistakes to cut yourself some slack on. For example, mistakes that waste under $5 or under 10 minutes. (This strategy of creating rules of thumb is one I talk about more in the podcast discussion here.)

2. You keep criticizing yourself after having corrected a mistake.

Earlier today, I called someone the wrong name in an email. I realized my mistake a couple of minutes after I hit send and messaged the person straight away to apologize, but then continued to criticize myself for it, particularly because I’d done the same thing to someone else a couple of weeks ago. On and off all day, I’ve been telling myself how rude and disrespectful it is to get someone’s name wrong. While this is true, I’d done what I could to make the situation right, so my self-criticism probably should have stopped there.

Tip: Recognize that the healthy role of guilt is to motivate us to make amends and to endeavor not to repeat mistakes. Allow yourself to move on once you’ve done your best to correct an error.

3. Your self-care is continually bumped off your to-do list in favor of your other priorities.

Let’s say you need a new mattress, because you current one has become uncomfortable. You’ve been trying to find the time and energy to mattress shop for six months, but it keeps getting usurped on your to-do list by other things.

An example of mine is that the last time I got a massage was three years ago when I was pregnant. Pretty much since then, I’ve been thinking, “Once X, Y, and Z is over, and I have more time, I’ll go get another massage.” Inevitably something else comes along that keeps me busy, and I never go. I’m far from miserable, but still, three years is a long time to never prioritize something I’d like to do!

Pay particular attention to when you continuously bump health– and fitness-related self-care, since these are high-stakes areas of life.

Tip: You might take care of yourself reasonably well in some ways, but have some domains of self-care that you never prioritize. Consider allowing yourself the time, money, or mental space you need.

4. When someone treats you poorly, you find a way to interpret it as your fault.

When something goes wrong interpersonally, do you always see it as your fault? For example:

If you find yourself wanting to speak up in situations when you feel annoyed or aggrieved, do you do it? Or, do you second-guess yourself and chicken out?

5. You always go the extra mile.

Going the extra mile is admirable, but constantly going to the last inch of the extra mile is exhausting. If you deplete yourself by doing this, there will likely be negative consequences you experience as a result. For example, you’re so busy being perfect in relatively unimportant areas that you leave important things unattended to.

Tip: This pattern can stem from imposter syndrome, where you fear that not being excessively conscientious will result in your flaws being revealed and a quick unraveling of your life. The easiest way to break this pattern is to practice not going the extra mile in tiny ways. Each time you do this and nothing terrible happens, it will get easier to do. Likewise, if you don’t go the extra mile, and something small goes wrong as a result, you’ll recognize you were able to handle it.

6. You feel like a failure, even though you mostly have your life together.

People who are self-critical look at their life and see all the areas in which they’re not perfect. They overlook all the things they do right.

Tip: Ask yourself what your life looks like to other people. If other people would view you as having your life together, consider whether there is at least a grain of truth to that. Is the reality of your life and decision-making less rosy than other people might perceive, but considerably better than you give yourself credit for? What do you do right that you take for granted? For example, you pay your bills on time.

7. You see other people’s “dumb” mistakes as understandable, but not your own.

We all do stupid things. For example, you turn on your blender without the lid on properly and get smoothie all over your walls. When other people do things like this, do you see their mistakes as understandable? After all, it’s easy to get distracted and make mindless mistakes. Conversely, when you make these types of mistakes, do you cut yourself no slack whatsoever and launch into self-criticism?

Tip: When things like this happen, ask yourself what you’d say to someone else who you like and respect in a similar situation. Try saying this to yourself!