A Three-Bedroom Combination Villa in Apulia

This three-bedroom home is just outside San Vito dei Normanni, a rural town in the southeastern Italian region of Apulia, about 15 miles west of the coastal city of Brindisi and the shores of the Adriatic Sea.

Completed in 2017, the 2,691-square-foot home includes a contemporary one-story villa with two bedrooms and a cluster of traditional structures with conical roofs known as trulli, made from Apulian dry stone.

Set on nearly four acres, the property has landscaped gardens, fruit trees, an olive grove and a swimming pool.

The five attached trulli have been refurbished and include a single bedroom, dressing room, living room with open kitchen, and bathroom. The trulli complex is linked by a glass hallway to the contemporary portion of the stone-and-concrete home, also painted white, which has barrel-vaulted ceilings made from a volcanic stone called tuff. The living area has an open kitchen with a four-burner induction cooker and professional oven, among other appliances. The two bedrooms in the contemporary structure each have an en suite bath.

All of the main rooms in the home open to a patio area with a barbecue, anchored by a 50-by-16-foot rectangular pool. The contemporary wing is topped by a roughly 1,000-square-foot roof deck.

The property functions as a single-family home, but could also be rented to tourists, as many renovated trulli complexes in the Apulia region are.

A large kitchen in the home’s contemporary wing has a dining table and barrel-vaulted ceilings made from a volcanic stone called tuff.CreditAndrea Wyner for The New York Times 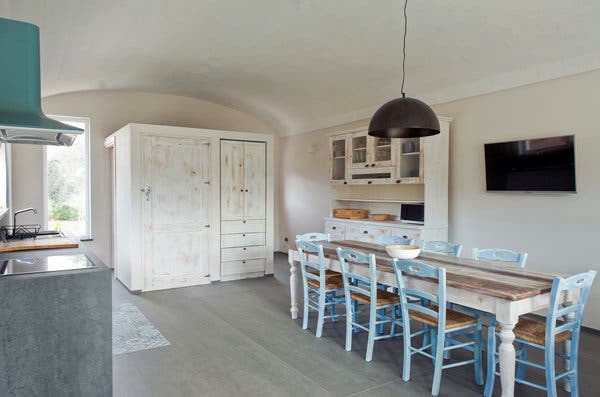 “This project was born from a completely renovated period village of trulli, to create a luxury residential and tourist facility equipped with every comfort,” said Francesco Cavallo, a founding partner of PROF.IM. Real Estate Agency, which has the listing.

Specific to Apulia and dating back several centuries, trulli are built from stone, without mortar. They were originally used as temporary field shelters or dwellings for agricultural laborers that could be disassembled easily. This home’s trulli, which date to the early 19th century, were rebuilt with an eye to retaining their historic authenticity, Mr. Cavallo said. One of the structures had partly collapsed and had to be rebuilt by local artisans, known as trullistos,who specialize in the regional architectural style, he said.

The furniture, which is included in the asking price, was handmade by a local cabinetmaker in keeping with the home’s design.

The pool terrace has an outdoor shower, a large barbecue and a wood-fired pizza oven. Several dozen lemon, orange and other fruit trees have been added to the property’s centuries-old olive grove. There is also a large English-style garden, an irrigation system, parking for four cars, a security system and an automatic vehicle gate at the entrance.

The town of San Vito dei Normanni, with a population of about 20,000, dates to the Middle Ages and is notable for its religious architecture. San Michele Salentino, a small community with shops, is about a mile from the property, Mr. Cavallo said, and Ostuni, known by tourists as the White City because of its whitewashed old town, is 10 miles north. The beaches of Alto Salento and the Torre Guaceto Nature Reserve are about 20 minutes away. Brindisi’s international airport is about 25 minutes by car, while Bari, a city of more than 300,000 with an international airport and a cruise port terminal, is just over an hour up the coast.

In the past decade, Apulia, a scenic region encompassing Italy’s “boot heel” and bordering the Adriatic and Ionian seas, has become a destination for those seeking second or vacation homes, said Huw Beaugié, the founder of the Thinking Traveler, a company specializing in Mediterranean villa rentals.

“It’s part of a general increase in desirability of a simpler, more sustainable lifestyle,” he said. “Apulia appeals to a desire to return to basics.”

A 2018 report by Gate-away.com, an Italian property portal for overseas buyers, ranked Apulia second among Italian regions (after Tuscany) for the volume of inquiries from potential investors, said Simone Rossi, the company’s managing director.

The area’s traditional properties, which typically sit on the Adriatic coast or in inland fields shaded by olive groves, are “very much in demand among investors who renovate them and bring them to their ancient splendor,” Mr. Rossi said. “In many cases, they turn them into B&Bs.”

Properties that attract vacation-home buyers have increased in price over the past decade, although it is difficult to say exactly how much, Mr. Beaugié said. “It’s still possible to pick up pieces of land with a few tumbledown stones for a few tens of thousand euros,” he said, while a large feudal farmstead, or masseria, “will cost a few million to buy and restore to a good standard.”

Apulia has become a destination for celebrities in recent years, with lavish weddings and parties, said Marta Calligaro, a property researcher with the brokerage Homes and Villas Abroad. “The global recession just over a decade ago saw prices fall,” Ms. Calligaro said. “But the past two to three years have seen renewed growth, with the market for second homes being its driving force.”

A bedroom in the contemporary structure overlooks the patio area and a 50-by-16-foot swimming pool.CreditAndrea Wyner for The New York Times 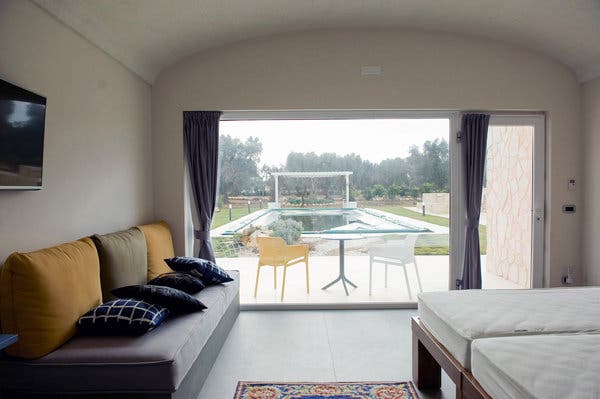 The average price of a home in Apulia is about 1,300 euros a square meter ($136 a square foot), with the city of Bari being the most expensive area and Taranto the most affordable, although prices can vary widely, Mr. Rossi said.

Who Buys in Apulia

A decade ago, Northern Italians were the first to seek deals on vacation homes in Apulia, back when a trullo in need of work could be had for as little as 20,000 euros ($22,600), Mr. Beaugié said. But now more buyers are foreign, from Britain, the United States and Australia, as well as Germany, France and other European countries, brokers said.

The ongoing Brexit turmoil and the most recent American presidential election may be responsible for driving the “huge growth in the interest of both Brits and Americans,” Mr. Rossi said.

There are no restrictions on American or Canadian buyers in Italy, although citizens of some countries face obstacles, making it easier to buy through a company, Ms. Calligaro said.

Buyers may hire a real estate agency to assist them, typically for a fee of 3 percent of the sale price, Mr. Rossi said.

The home is in the Apulian countryside, near the town of San Vito dei Normanni, which has about 20,000 residents.CreditAndrea Wyner for The New York Times 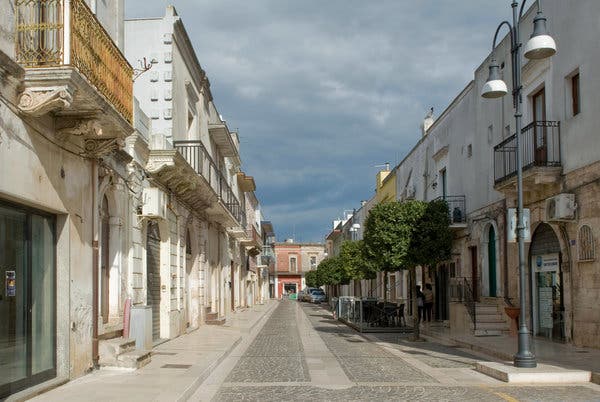 A personal lawyer can provide legal advice throughout the process, for a fee of about 1 to 2 percent of the sale price, she said.

In all, buyers should budget 10 to 20 percent of the sale price for closing costs, Mr. Rossi said, including a 9 percent tax on the assessed value of the home if it is being used as a part-time or vacation home. Those buying a home as a primary residence pay only 2 percent, he said.

An earlier version of this article misstated Apulia’s classification in Italy. It is a region, not a province.