High or Drunk at Work?

The recent legalization of cannabis in Canada and parts of the United States has certainly brought with it concerns. On top-of-mind for many citizens is the potential for addiction to marijuana, the dangers of someone who is high getting behind the wheel, the long-term respiratory health impact of smoking (or second-hand exposure to) marijuana, and the use of this drug by youths.[1] As an organizational scholar, the legalization of cannabis has personally led me to wonder how this new social landscape may impact life at work. How might marijuana’s legalization interfere with experiences on the job? What changes may we see when it comes to employee well-being and productivity? Should we even be concerned? 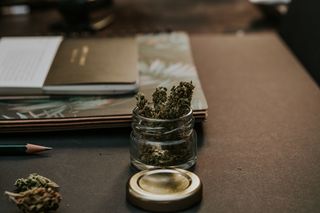 Before the industrial revolution, psychoactive substances were a welcomed and normative part of the work experience. As Michael Frone explains in an article[2] set to come out early next year in the Annual Review of Organizational Psychology and Organizational Behavior, drugs were commonly consumed during the preindustrial workday; Chinese laborers smoked opium, South American laborers chewed coca leaves, Caribbean field hands smoked cannabis, and workers in Europe and North America drank alcohol. In fact, not only was the use of drugs a socially acceptable practice at work, but some employers actually endorsed or facilitated drug use to increase employee production, combat employee fatigue, recruit workers, and even reward employees.[3] While things have certainly changed since then, and organizations are justly working to ensure that stakeholder safety is not compromised by the ramifications of changing legislation, one can’t help but wonder what our workplaces post-pot legalization will look like. As we await the answer to this question – one that will only be revealed in time – turning to research that has more broadly explored the prevalence and impact of psychoactive substances (i.e. illicit drugs and alcohol) in the workplace, may offer some valuable clues.

First, is there any reason to suspect that employees would get high or drunk at work?

In a representative study of the US population, while approximately 2 percent of employees reported being intoxicated on the job and/or using alcohol within 2 hours of starting a work shift, 6 percent reported using alcohol at work, 9 percent reported experiencing a hangover during the workday, and 47.5 percent reported alcohol use within two hours of leaving work[4]—the latter of which could certainly be tied to what happens at work, and could, in fact, lead to next-day job impairment.[5] Moreover, the use of illicit drugs at work or immediately before was reported by 2.8 percent of workers, while 5.7 percent of employees get high at the end of the workday. Cannabis was by far the most commonly used illicit substance on the job.[6] 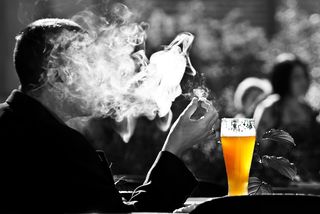 Research also tells us more about who is more likely to use psychoactive substances at work, with the use of drugs and alcohol being higher among male compared to female employees, younger compared to older workers, those in managerial positions, and those in occupations such as serving and hospitality, arts and entertainment, sales, construction, and transportation.[7] Moreover, negative workplace conditions such as work overload, job insecurity, or emotionally unpleasant environments, may, in fact, drive people to drink and/or use drugs on the job.[8]

Thus, data collected even before the legalization of cannabis shows that although in the minority, thousands of workers are getting high or consuming alcohol on the job – a number which could very well increase, as what was once an illicit substance (i.e. marijuana), becomes legal.

With that said, should we be concerned? How hazardous is it to be high or under the influence of alcohol on the job?

Studies show that even low levels of workplace drug and alcohol consumption can lead to psychological, cognitive, and interpersonal consequences. While varying amounts of alcohol influence people differently, even at modest levels (0.01 to 0.08 percent BAL) interference has been shown in one’s ability to multi-task, process complex information, make effective decisions, and inhibit aggressive responses.[9] At higher levels (0.08 to .12 percent BAL), depressive symptoms, reduced sociability, sedation and unconsciousness can ensue[10].

Similarly, psychoactive substances like marijuana may indeed have an impact on workplace performance and well-being. The National Institute of Drug Abuse indicates that the short-term effects of cannabis include difficulty with thinking and problem solving, memory deficits, and impaired motor coordination[11]. Research has also identified a significant increase in fatal automobile accidents since marijuana was legalized in Colorado[12] – a finding which is particularly concerning when contemplating the impact of cannabis on jobs that involve transportation or the operation of machinery. Some studies have also shown a relationship between workplace drug and alcohol use, and workplace accidents more generally; in a sample of 16 to 19 year-olds, drinking alcohol or smoking pot on-the-job was related to higher rates of workplace injuries (for example strains or sprains, cuts or lacerations, burns, bone fractures, and joint dislocation).[13] 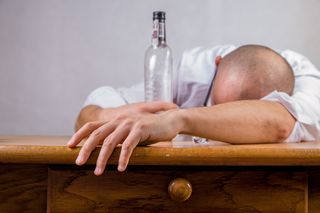 Thus, data would suggest that given the negative psychological, cognitive and physical impacts of psychoactive substances, employees should think twice before letting drugs or alcohol permeate the interface between work and personal life.

Finally, even if we personally would never contemplate using psychoactive substances on the job, what if our coworkers or bosses do not feel the same way? Should we be wary of our colleagues’ drinking and drug use?

Once again, research suggests there may be cause for concern. Several years ago, my colleagues and I conducted a study investigating how leaders’ alcohol consumption affects their subordinates. Using a sample of leader-follower pairs, we asked bosses to indicate the frequency and amount of their alcohol consumption at specific work times. We then asked their employees to rate how often these leaders engaged in various aggressive behaviors — for example, telling them their thoughts or ideas were stupid, or putting them down in front of others. What we found was a positive relationship between leaders drinking alcohol on the job and their rates of abusive supervision.[14] Moreover, among a sample of workers in the manufacturing, service and construction sectors, another team of researchers found that the more male employees in a work unit drink alcohol on the job, the more likely it is that females in that same work unit will experience gender harassment.[15] Thus, workplace alcohol or drug use may certainly result in collateral damage.

While the jury may still be out on whether workplaces will feel the effects of marijuana’s legalization, science on the job-based prevalence and impacts of psychoactive substances more generally, suggests that this issue is not one to be taken lightly.