Why Being A Night Owl Might Be Damaging Your Mental Health 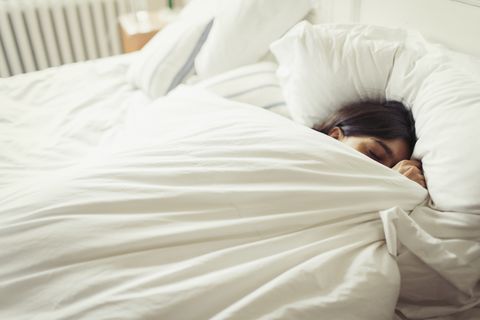 Not only is being a ‘night owl’ annoying when you have to get up for work the next day, it apparently affects more than just your body clock – it has a big impact on mental health, too.

According to a new study published in the journal Nature Communications, people who are naturally early risers are less likely to develop mental health problems than those who go to bed late and sleep in.

The large-scale genetics study, conducted at the University of Exeter, used data from 250,000 research participants signed up to the private genetics company 23andMe, and 450,000 people in the UK Biobank study. Participants were asked whether they were a “morning person” or an “evening person”, and their genomes were analysed, revealing certain genes people shared that appeared to influence sleep patterns.

Lead study author Samuel Jones, a research fellow studying the genetics of sleeping patterns at the University of Exeter, said:

“Part of the reason why some people are up with the lark while others are night owls is because of differences in both the way our brains react to external light signals and the normal functioning of our internal clocks.

“The large number of people in our study means we have provided the strongest evidence to date that ‘night owls’ are at higher risk of mental health problems, such as schizophrenia and lower mental wellbeing, although further studies are needed to fully understand this link.”

The results found uncovered an apparent causal link between being a night owl and being more prone to depression, anxiety and schizophrenia – with evening types 10% more likely to develop the latter condition.

However, they found no increased risk of obesity and diabetes among night owls, despite what some earlier studies have said.

Samuel Jones said the conclusion is that night owls are more likely to have to work against their natural body clock in school and the world of work, which may have negative consequences on their mindset.

So, how can you go about adjusting your sleep schedule? Hope Bastine, sleep psychologist for high-tech mattress maker Simba, says we need to identify our individual sleep needs first.

“Experiment with your productivity and your performance rate and adjusting your time schedule to that,” she told Cosmopolitan UK. “Find a rhythm, a schedule, a lifestyle that really suits you, and that makes you feel in harmony with yourself. Make sure your sleep schedule is as non-negotiable as possible.”