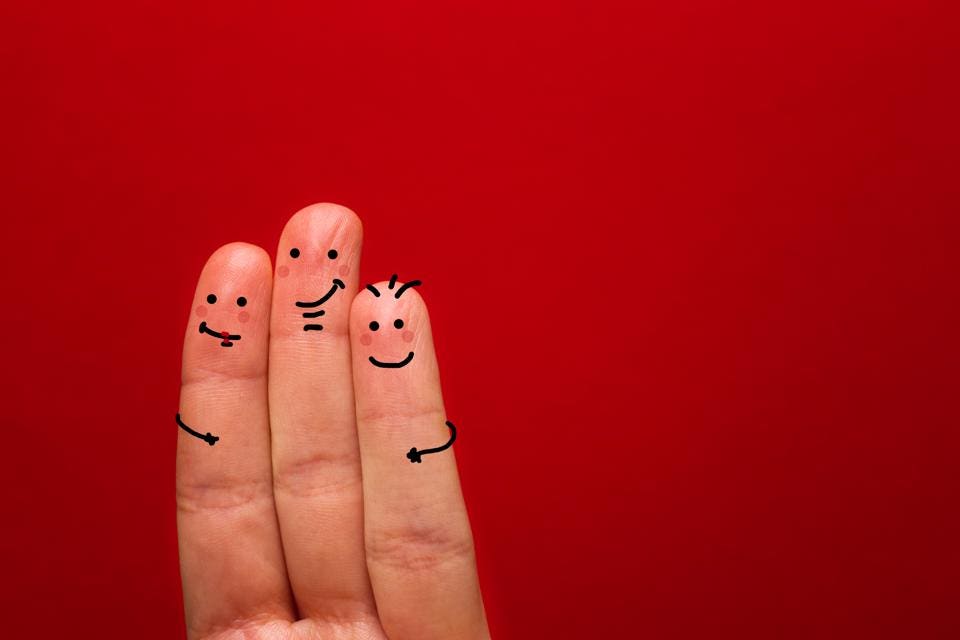 What makes people happy? A load of studies tell us that human interaction is key to our happiness. But what kind of interactions matter?  And does interaction increase everyone’s happiness, or is it something primarily beneficial to extraverts?

A fantastic study set out to answer these questions. In the study, researchers audio-recorded random times in people’s daily lives, and had research assistants figure out how often people were either: (1) alone; (2) engaged in small talk; or (3) engaged in substantive conversation. They also measured people’s life satisfaction.

They conducted the study in four groups of people: college students; people with cancer and their spouses; adults who were in a meditation trial; and recently divorced or separated adults.

It’s not being alone. The more time people were alone, the less satisfied they were with their lives: 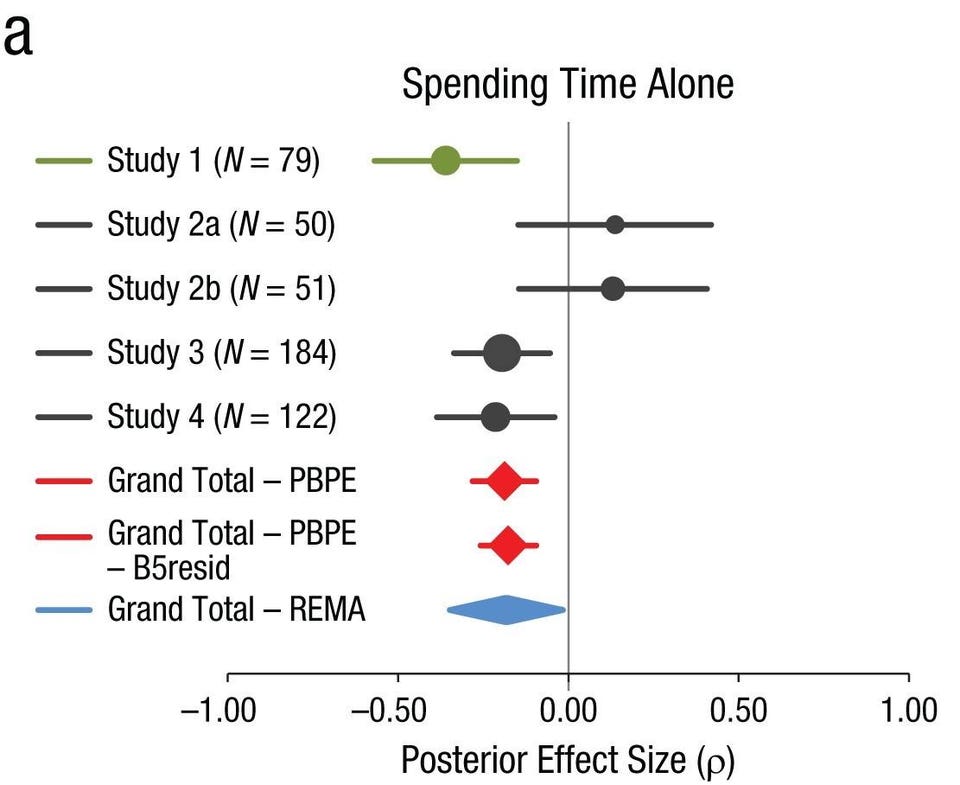 It’s not small talk. Being engaged in such conversations wasn’t associated with an increase in life satisfaction: 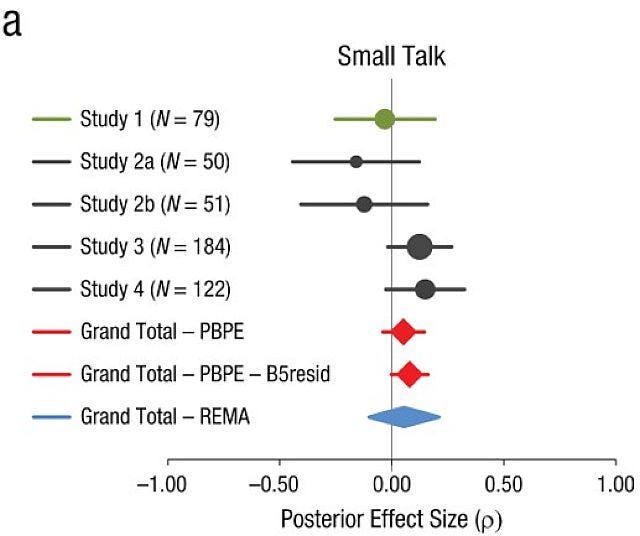 On the other hand, holding substantive conversations was associated with a significant increase in life satisfaction, in virtually every group of people they studied: 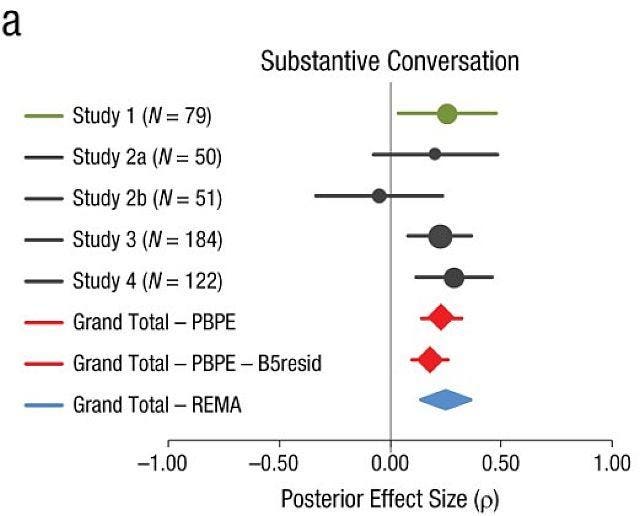 I expect some of you are thinking that social interaction is fine for the happiness of extraverts, but probably won’t work for introverts. But here the researchers found a result that might surprise you: substantive conversations predicted higher life satisfaction in introverts just as much as it did in extraverts.

This jives with my anecdotal experience. Many of the most introverted people I know are extremely social – they’re just social with a smaller number of close friends. Social interaction, meaningful social interaction, is just as important for introverts as it is for extraverts.

If you want to be happy, try to find a way to spend more time holding real conversations with close friends.