The Oregon Senate’s Housing Committee advanced a bill that would enact a statewide rent control policy and restrict evictions, sending it to the full Senate for a vote.

Lawmakers heard nearly four hours of testimony from renters and landlords as Senate Bill 608 had its first hearing in the Senate’s Housing Committee. It’s poised to cruise through the Legislature, with support from leaders of the Democratic majority in both the House and Senate. 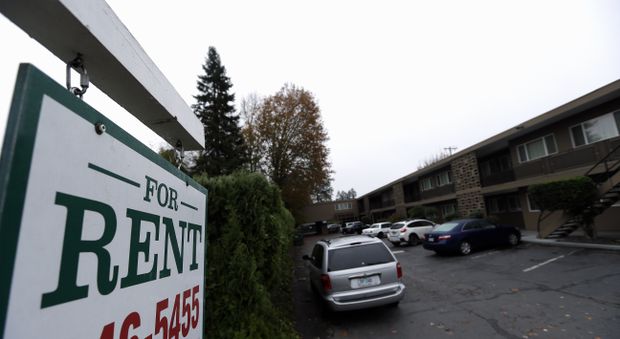 Their proposal attempts to sidestep longstanding criticism of the polarizing policy, but it’s also drawn some misgivings from rent control supporters.

Two landlord groups, the Rental Housing Alliance Oregon and the Oregon Rental Housing Association, are both remaining neutral, with their leaders saying the bill is palatable, if not appealing.

That’s a relatively friendly position for their constituency – both statewide advocacy groups geared toward small landlords.

“There’s a lot here for landlords to dislike,” said Jim Straub, the legislative director for the Oregon Rental Housing Association. “But I’d also like to recognize it for what it isn’t: an industry killer. As written, I do not believe it will be catastrophic to our livelihood.”

The larger Multifamily NW, whose Portland-area membership includes larger landlords and property management companies, opposes the bill, as did many landlords who testified on their own behalf. They argued it would hurt business and discourage investment, resulting in substandard housing.

They pointed to a large body of academic research that’s found rent control policies in other states have resulted in a reduced housing supply and higher rents.

“At best, Senate Bill 608 will have no effect,” said Deborah Imse, the executive director of Multifamily NW, “but at worst it will make housing less affordable in the long run.”

Renters and tenants’ rights activists largely argued the bill would help protect against eye-popping rent increases that have frequently grabbed headlines across the state.

“It doesn’t solve the entire problem,” said Katrina Holland, the executive director of the Community Alliance of Tenants. “It certainly does take a giant leap forward by giving a measure of predictability for hundreds of thousands of renters in hundreds of cities across the state.”

Senate Republicans on Monday released statements in opposition to the proposal.

The bill would cap annual rent increases to 7 percent plus inflation throughout the state — a rate that’s much higher than most municipal rent control policies in other states. In many California communities with rent control, for example, affected apartments see their rents climb only by the rate of inflation, or a fraction of it, each year. (Annual increases in the Consumer Price Index, a measure of inflation, for western states has ranged from just under 1 percent to 3.6 percent over the past five years.)

The rent increase restrictions would exempt new construction for 15 years, and landlords would be free to raise rent without any cap if a renter left of their own accord. Subsidized rent would also be exempt.

The bill also would require most landlords to cite a cause, such as failure to pay rent or other lease violation, when evicting renters after the first year of tenancy.

Some “landlord-based” for-cause evictions would be allowed, including the landlord moving in or a major renovation. In those cases, landlords would have to provide 90 days’ notice and pay one month’s rent to the tenant, though landlords with four or fewer units would be exempt from the payment.

The bill would not lift the state ban on cities implementing their own, more restrictive rent control policies.

Sen. Fred Girod, R-Stayton, the ranking Republican on the Senate Housing Committee, said Senate Democrats flatly rejected a suite of amendments, including the removal of an emergency clause. With the clause, the bill would take effect when it’s signed by the governor; if passed without it, the bill would take effect next year. Girod abruptly left the hearing after it became clear the amendments would not pass.

Sen. Tim Knopp, R-Bend, the only Republican remaining after Girod left, cast the lone “no” vote.

“We’re making policy that ultimately going to be counterproductive to hat all the people who testified said they actually want,” Knopp said.

“I wish this bill would do more, and I would be willing to go further,” she said.